Posted by Janine Savage on April 3, 2014 in Book Review 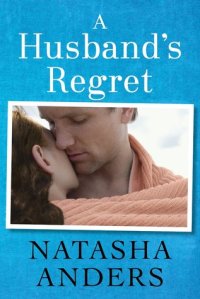 Book Summary: (From Goodreads) Tall and thin, twenty-eight-year-old Bronwyn Palmer has become positively gaunt, a ghost of her former self. That self was—and still is—the wife of a rich, handsome executive with an ocean-view house and his own security staff.

It was in that house, two years ago, that Bryce Palmer learned Bronwyn was pregnant with their first child. But Bryce’s rage over his impending fatherhood touched off a chain reaction of emotional and physical traumas that wounded them both. For Bronwyn, it meant fleeing the perfect marriage to start over with nothing but a precocious daughter named Kayla to care for. For Bryce, it meant a tortuous two years spent blaming his wife for deserting him, and living with the pain of not knowing his child. Now a chance encounter has brought Bronwyn back into Bryce’s life, both bearing scars…and neither knowing the whole truth of that fateful night that drove them apart.

Review: I enjoyed this book by Natasha Anders. It was a quick read and a decent romance. The characters were believable, and I liked that the male protagonist had a disability. It was a bold move that worked, though the reason for the disability wasn’t explained in enough detail for my taste, but that’s just the armchair scientist in me speaking.

The parenting moments were fun to see, though at times, Bronwyn and Bryce seemed to know just what to do even though they were first time parents. It would have been added a humanizing element by making them less than perfect as parents by making few mistakes most first time parents make.

While the book was a good read, there were still a few things that could have been developed better.

The story is set in South Africa, but Anders does little to set up the setting outside of their house. As a result I never got a real sense of place with this story. In fact I never got a real sense of how much Bronwyn struggled during those two years without Bryce because it was all relayed as back story. Showing some of her struggle could have added to her characterization.

Speaking of Bronwyn… she’s a bit of a Mary Sue. It would have been nice if her characterization had been more well-rounded and she’d owned up to her part in the disaster that tore her marriage apart. It was never really clear why she hid from Bryce for two years. The reasons for it weren’t strong enough. Why struggle and live one step ahead of homelessness when she could have applied for child support. I’m sure South Africa has laws to provide for children with delinquent fathers. Bronwyn does show character growth in this story and that was good. But in my opinion, more could have been done to even out the blame instead of placing it all on Bryce. There are two sides to every argument and Bronwyn’s side was a little too perfect. She was the perfect martyr.

Bryce was a little too extreme on the vitriol meter. It was the classic emotionally injured alpha male lashes out at the female protagonist, and then mauls her because he just can’t keep his hands off her, only to hate her even more because he wants her so much. And she takes it like a doormat.

But still, these elements were never so bad that I was tempted to walk away. The conflict here could have been cleared up if there two kiddos had done a better job communicating with each other. I was happy to see that Anders does show these two characters improving in the “let’s talk about it before we fly off the handle” arena. And watching Bryce grow by accepting he could be wrong, learning that it’s okay to ask for help, and facing the demons from his childhood was good. Kayla’s reaction and acceptance of her father was heartwarming. I especially liked that Anders showed how adaptable children are when faced with someone with a disability. Kayla’s quick adjustment to Bryce’s limitation was spot on. I’ll be looking for Natasha Anders’ next book.

*I received a free uncorrected proof from the publisher in exchange for my honest review.*

← Should We Ban Bossy?

2 comments on “Review: A Husband’s Regret by Natasha Anders”

Advice for writers, stories about the world they live in.

The Flirty Reader by Lauren Schmelz

~Reading the squishy parts since 1996~

Improving the world one book at a time...

jousting with the windmills in my mind

Transition, The Chimera Hunters Series - Go into the unknown

Terrible Writing on the Web. And Writing Terribly Well for the Web

The Art and Craft of Blogging